» Federica Mogherini » INSTEX and Its Effectiveness!

Strategic Council Online: INSTEX is a kind of cooperation between Iran and Europe in the face of US unilateral approach in the case of the Joint Comprehensive Plan of Action (JCPOA). Its important impacts go back to the sustainability of cooperation too.
Reza Majidzadeh – International Affairs expert

After much speculation and bargaining among EU members, the financial exchange channel between Iran and Europe was officially registered and started work. After the announcement of registration of the INSTEX (Instrument in Support of Trade Exchanges), US officials questioned its ineffectiveness and there were also strong criticisms about the limited performance of this tool. While its supporters consider the instrument a starting point to undermine America’s stance on isolating Iran and an important step in facilitating Iran’s foreign trade and countering the US sanctions, the opponents underline its initial restrictions and believe the points included in the mechanism are very incomplete and incompatible with the JCPOA.

INSTEX is a tool that allows partial trade between Iran and the EU without relying on direct financial exchanges. INSTEX has been registered in Paris with an initial capital of 3,000 euros, with its supervisory board coming from France, Germany and the United Kingdom. The entire 28 members of the European Union support the Special Purpose Vehicle (SPV). This financial mechanism is primarily used for the exchange of unsanctioned goods such as medicines, food and medical equipment.

In the eyes of supporters, INSTEX can extend the scope of trade between Iran and Europe and between Iran and other countries to areas beyond food and medicine. Expanding the business scope of INSTEX is a time consuming but feasible step. Of course, the feasibility of this expanding domain is heavily dependent on reducing the risk posed by the threat of punishing foreign partners of Iran.

While in the early days of debates about the SPV, mention was made of the colourful presence of small and medium-sized companies, today it is only about the exchange of pharmaceuticals and food and medical equipment in this mechanism. There is no mention of the presence or absence of a specific business company. However, the cost-benefit of INSTEX should not be limited to economic dimensions.

Despite the emphasis of the American authorities that there should be no restrictions on the supply of medicines and essential food items, it is very costly and difficult to import these items into Iran. On the other hand, registration of the INSTEX means the prospect of not increasing political tension in the country’s foreign relations, at least with the European Union; lack of political isolation of Iran despite the extensive pressures and threats of Trump and the large volume of foreign trade between the United States and the European Union; the possibility of extending INSTEX-based exchanges to other items in case of presence of small and medium-sized companies without worrying about US punishment, which indicates its economic-political benefits in proportion to the costs involved in consolidating this financial mechanism.

Although INSTEX is an example of attempts by Iran and Europe to counter Washington’s unilateral approaches in the case of the JCPOA, the main concern relates to the seriousness particularly of the European side, to implement this mechanism. The success of such a mechanism will be as long as its stakeholders are willing to work together and their interests are served under the worst conditions, As far as INSTEX is concerned, the promising point is the US-EU trade war, which makes this mechanism, even at a minimal level, to be regarded part of the bargaining power of Iran and Europe against the United States.

Although the show of power by Trump in threatening major European companies with severe punishment in the face of trade with Iran has made this process possible at the lowest level, the prospect of a transition from the US dollar’s domination in global trade is another aspect of advantages of the mechanism for the EU.

Of course, INSTEX will last when and if it offers significant concessions to Iran and every member state of the EU. The prospect of sustainability of these conditions depends largely on the prospect of a trade war, the Middle East conflicts and its subsequent threats against the European Union on the one hand and Trump’s policy towards the Middle East on the other. 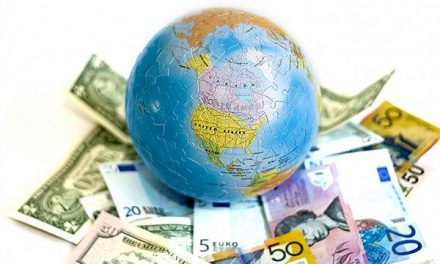