US Objectives Behind Arms Sale to Saudi Arabia, Its Strategic Implications in Yemen War

Strategic Council Online – Interview: Former Director General for Middle East Affairs at the Ministry of Foreign Affairs, saying that weapons that the United States sells to Saudi Arabia have been effective in preventing Ansarollah’s advance, but does not determine the fate of the Yemen war, noted: Biden has backtracked on what he had claimed in his first foreign policy speech, based on ending all support for offensive operations in the Yemen war, including arms sales to Saudi Arabia with an aim of ending the war.

Speaking in an interview with the website of the Strategic Council on Foreign Relations, Mohammad Qassem Mohebali, referring to the US State Department’s support for the sale of air-to-air missiles to Saudi Arabia worth 650 million dollars with an aim of defending cross-border drone strikes, said: A US State Department spokesman has said that Biden’s administration is seeking to help Saudi Arabia replenish its missile stockpiles, and that those missiles will not be used to strike targets on the ground.

The analyst of the Middle East affairs continued: Biden initially sought more to end the war in Yemen, but it seem that in the same way he did not revise in Trump’s agreement with the Taliban, in this case he follows the same policy in the Trump era. Given the mutual need that the United States and Saudi Arabia have for each other, Biden will also pursue US governance policies.

Referring to a statement of the US Defense Security Cooperation Agency that the sale of the equipment to Saudi Arabia was in line with strengthening US foreign policy and national security and that Saudi Arabia was a friend and an important force for economic and political progress in the Middle East, Mohebali said: Saudi Arabia and the United States have many agreements for arms deals, and during Trump era, many agreements for arms sale were signed between the two countries. Saudi Arabia spends about 80 billion dollars a year on weapons, and that deal is one of them. In fact, Saudi Arabia is looking to strengthen its military power, given the conditions it sees in the region.

He pointed to Hezbollah’s advance on the Ma’rib fronts and the liberation of the last stronghold of the resigned Yemeni government in the south, adding: The weapons the United States is seeking to sell to Saudi Arabia would have little effect on the Yemen war. Saudi Arabia has always had air superiority in the war in Yemen. Such equipment has been effective in preventing progress, but could not determine the fate of the war.

Mohebali explained: Riyadh’s allies in the Yemen land war are the Yemeni Sunni tribes, many of whom cooperate with Saudi Arabia under certain circumstances; Saudi Arabia’s military power is largely due to its air force, and on the contrary, the power of Ansarollah and the Zaidis is on the ground. The situation on the ground of Saudi Arabia and its supporters does not seem to be very satisfactory.

He continued: However, the Yemen war has had many ups and downs from the beginning, and it does not seem that such weapons will change the condition of the war much. A city is occupied by the allies of Saudi Arabia and another city is occupied by the allies of Ansarollah. The Yemen war has reached a stalemate and does not seem to have a bright future in the short term. Unless there is a political agreement between the Yemeni parties and Saudi Arabia is satisfied with that agreement and the war ends.

Solution to Yemen war being political

The former Middle East director general of the Ministry of Foreign Affairs stated that the war in Yemen has lasted for many years and, contrary to the expectations of Saudi Arabia and its supporters, they could not end it quickly, adding: Given the conditions in Yemen, this is a tribal war. On one side there are the Zaidi tribes, who make up about 40 percent of the population.

Mohebali added: The areas where they are present are mountainous and impassable, and in such a geographical location they cannot be easily defeated. On the other hand, there are Sunni tribes that occupy a large area in southern Yemen and the coast of Yemen. None of them can completely defeat each other in a tribal war. Therefore, the solution to the Yemen war is political.

The analyst of the Middle East affairs said: The fact that Saudi Arabia is now looking to buy more weapons and strengthen its military is not just because of the war in Yemen. Saudi Arabia is spending such costs in line with its ambitions and what it envisions as a military rivalry with Iran. 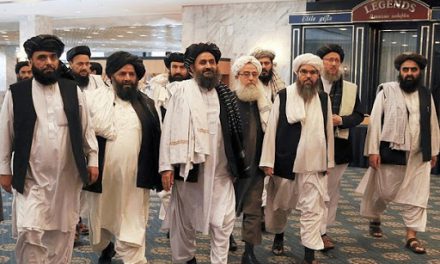