Strategic Council Online – Opinion: In recent weeks, the armed forces of the Islamic Republic of Iran targeted bases and gathering centers of terrorist and separatist elements of Komeleh in the Kurdistan Region of Iraq in the form of missile and drone operations.
Barsam Mohammadi – Expert in regional affairs

Komeleh and other terrorist groups that, with regional and international support, use every opportunity to “threaten the national security” and “territorial integrity” of Iran, were the “driving and main factors” of the recent riots in some Iranian cities, which played an important role in creating insecurity, wickedness and terror in some cities of the country in different “hardware” and “software” forms.

Regarding the “legal dimensions” and Iran’s reasons for targeting specific positions in the territory of the Kurdistan region of Iraq, which was one of the main bases of “sedition” in the past weeks, it is important to pay attention to the following points:

First point: As suggested by Western and regional media and political circles, at first glance, it may seem that targeting the headquarters of terrorist groups in the northern region of Iraq is against international law and is a violation of Iraq’s territorial integrity, but those suggestions, which are mainly done with an aim of projecting and marginalizing the importance and necessity of Iran’s action, are fundamentally “invalid”.

From a legal point of view, those attacks, which follow the previous warnings and emphasis to the Iraqi authorities and the authorities of the Kurdistan Region regarding the necessity of confronting and preventing establishment of terrorist agents and their threats and attack against the goals and interests of the Islamic Republic of Iran which has been carried out through the territory of Iraq, is a concrete example of “legitimate defense” and Article 51 of the United Nations Charter, and is completely legal, permissible and one of the inalienable rights of Iran. In addition, the aforementioned attacks, according to the “International Law Commission” regarding the responsibility of governments and observance of the principle of separation of military people and targets from the civilian and observance of the principle of the necessity of military action, are also “legitimate” and conventional action.

With such interpretations and taking into account all the legal, political and international dimensions including the regulations of international law, the doctrine of the national security of Iran, the will and demand of the people who unanimously want to deal with terrorists at any point, the irresponsibility and biased behavior of the United Nations and Security Council for terrorist acts against Iran and lack of an effective action in Iraq to deal with anti-Iranian terrorist groups leaves no doubt that targeting terrorist bases in northern Iraq is completely “defensible”.

Second point: Ensuring security and national interests, and maintaining territorial integrity, stability and psychological peace of the society, are among the “basic red lines” of the Islamic Republic of Iran, towards which there is a high sensitivity, and any area that is threatened, will be dealt with seriously.

In this regard, the Islamic Republic of Iran follows a “certain strategy”. If the national security is threatened from any point in the region and foreign countries that are threatened by terrorists, including the Zionist regime, Komeleh, PEJAK, Munafiqeen and mercenary elements, and the relevant country does not deal with it, it will face a serious and decisive response from the Iranian armed forces.

The presence and activity of separatist groups and terrorists in the Kurdistan Region of Iraq is an issue that the authorities of the region and the Iraqi government had been warned about many times before; but so far, no effective action has been taken with an aim of dismantling the gathering centers of terrorists and preventing their activities and attacks against the Islamic Republic of Iran.

Third point: In recent years, the nature and form of threats against Iran have changed, and due to the failure of the policy of exerting maximum pressure against Iran, the US and its allies have turned to “hybrid war” and “point threats” against Iran and use every opportunity in this regard. Therefore, this right is reserved for Iran that in order to protect its security and national interests, as well as to increase the level of deterrence against any anti-Iranian action of overseas origin, to take action and target terrorist centers and bases and threats in the border areas, especially in the west and northwest of the country. In addition, for the Iraqi government, destruction of the centers and bases of terrorists and espionage and separatist elements, which for any reason, including foreign pressures, etc., has not yet taken action to collect them, is an “opportunity” to get rid of them, who are also a “potential threat” for Baghdad, which can be turned into an “actual threat” against Iraq at any moment.

Iran and Iraq share a 1609 km border line, which is the longest border between Iran and its neighbors. This indicates the “strategic importance” of the neighborhood of Iran and Iraq, as well as the influence of the two countries on each other’s internal developments and issues. Iran does not consider its security apart from the security of Iraq, if it were so, it would not be in the front lines of confronting the threat of ISIS in Iraq.

It is a biased action that some regional circles aligned with the US and the Zionist regime suggest that Iran has violated the security and territorial integrity of Iraq with the recent attacks on the locations of terrorist agents in the region. In the past years, following the ISIS invasion of Iraq, dozens of Iranian advisers were martyred, chief among them Lieutenant General Hajj Qassem Soleimani, just to maintain security and stability in Iraq and the region.

National Consensus among Political Parties; the Only Way out of Iraq’s Deadlock 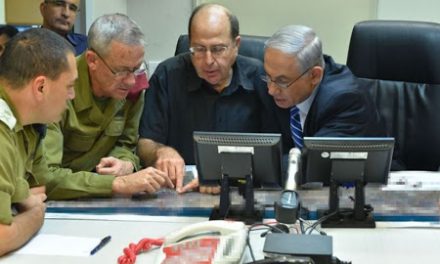 Sabotage in Natanz Nuclear Facilities and the Question of Deterrence 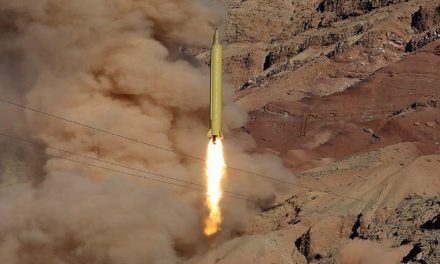 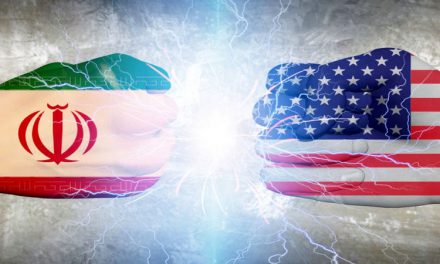