Strategic Council Online – Opinion: The new prime minister of Britain, formerly known as a liberal against the institution of the monarchy and was considered a supporter of David Cameron and an opponent of Brexit, gradually supported the views and opinions of the Conservatives and joined the ranks of Brexit supporters. An issue that brought her closer to the top of the party pyramid.
Hossein Sayyahi – Researcher of international affairs

Recently, Liz Truss became the Prime Minister of Britain, and as a former foreign secretary, she managed to replace the resigned Boris Johnson by defeating Rishi Sunak. Now that she has reached the position of prime minister, what will be of interest are the policies and their results in the domestic and foreign arenas of Britain.

The results of the polls and the fact that 52 percent of the participants consider her unqualified to be the prime minister, show the difficulty of proving the qualifications of the third female prime minister in British history. It seems that, in order to prove her competence in achieving success, Liz Truss must create a proper balance between domestic and foreign issues with full respect to global situation, especially the economic sector.

In the domestic dimension, everything depends on a less damaging and less stressful transition than the current economic and energy crisis, reducing inflation and dealing with recession. In the foreign dimension, but according to the recent history of Truss in Johnson’s cabinet, British foreign policy in the form of the doctrine of global Britain will be to stabilize and expand areas of influence, more presence in strategic areas and an active role in the international system.

Economic crisis, an obstacle to active and dynamic foreign policy

During the elections, Truss promised to reduce taxes and pursue programs aimed at economic growth. Her economic plans seemed to be more comprehensive than those of Rishi Sunak, her rival and ex-treasury chief, who put inflation control at the top of his economic plans.

Although Truss probably should have considered what limitations are on the way of implementing her plans and how much her measures in the field of foreign policy can make the realization of her economic plans difficult. For example, Truss is ready to spend 3 percent of the GDP to increase the military budget by the end of the third decade of the 21st century.

In addition, in order to improve the country’s economic situation, the British prime minister plans to implement programs such as reducing general taxes and corporate taxes, reducing bills related to energy consumption, and not increasing national insurance costs.

Such policies will indicate a decrease in government revenues and an increase in its expenses. On the other hand, a part of the country’s foreign policy will focus on confrontation and a tougher stance towards China, which accounts for 7.5 percent of Britain’s trade volume, and even Boris Johnson would make some appeasement in relation to Beijing.

The risk of a trade war between the European Union and Britain is also possible in the matter of EU inspection of the borders of Northern Ireland. However, if the new prime minister takes tension-causing measures, it will be clear that her work to improve the economic situation and transition from the crisis will become more difficult.

At any rate, if we consider that Truss considers geopolitical interests superior to economic issues and is thinking of promotion of Britain’s international position and increase of this country’s influence in the world, she will have to pay a price, and the British public opinion will be convinced only when the results of their prime minister’s foreign policy are tangible and successful.

Liz Truss has no plans on the back of her mind to keep pace with Europe. Probably, when she remained silent in response to the question of whether the French president is her friend or not, Brussels also came to the conclusion that the first choice of Britain during the period of Truss premiership is the Transatlantic and the United States of America.

During her term, the possibility of the final choice of Britain in the field of foreign policy will become more apparent. Cooperation with the United States will return to an ideal form for both sides. Liz Truss will probably continue to support Ukraine and even intensify it, and in this way, by supporting the nascent and anti-Russian front of Ukraine, Poland and Lithuania, it will pave the way for greater influence in the Baltic-Black Sea axis and stabilization of Britain’s position in that region.

In the foreign policy of the cabinet of Truss, China will be next to Russia, and that country’s task will be clarified to some extent with the established order and its challengers. From her point of view, the attraction of Chinese capital and the purchase of British companies by that country is unsafe, and as mentioned, security and geopolitical issues will be placed beyond economic and commercial affairs.

In the foreign policy doctrine of Truss, China’s position will change from a competitor to a serious threat. In this way, the bilateral and multilateral relations with India and Australia, which were recently converted into agreements and treaties, will expand again, and Britain will go to other neutral countries in the region.

Cooperation with Japan will also be expanded, such as FCAS (Future Combat Air System) and sixth generation aircraft. Notable defense of Hong Kong, pressure on the UN Human Rights Commission to condemn China for the Uyghurs genocide, as well as ideas such as global NATO, economic NATO with the G7 participation, and insisting that the budget of each NATO member should be 2 percent of their GDP, will be examples of such efforts from the cabinet of a person who was once a supporter of David Cameron; a person in whose cabinet the golden era of the relationship between Beijing and London was established.

In general, planning for an attractive foreign policy on paper will not be very complicated. What is important is the cost calculation and the benefit of an action, as well as the correct understanding of the chances of success and the risks of implementing a large and strategic plan. Confrontation with China and Russia, greater influence in strategic areas such as the Black Sea and the Indo-Pacific, and confrontation with the European Union in the issue of Northern Ireland requires a lot of effort and paying huge costs, especially economic costs. 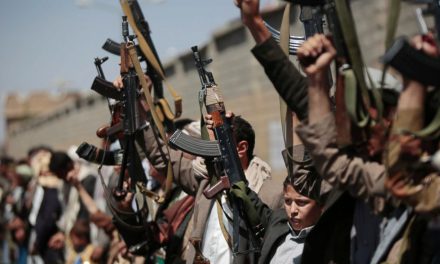 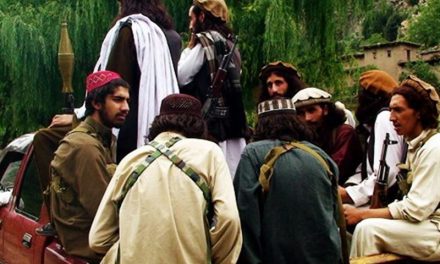 An Analysis of Prague Negotiations on Armenia-Azerbaijan Conflict 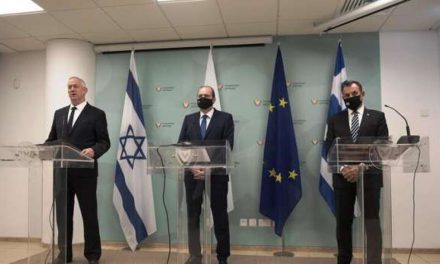